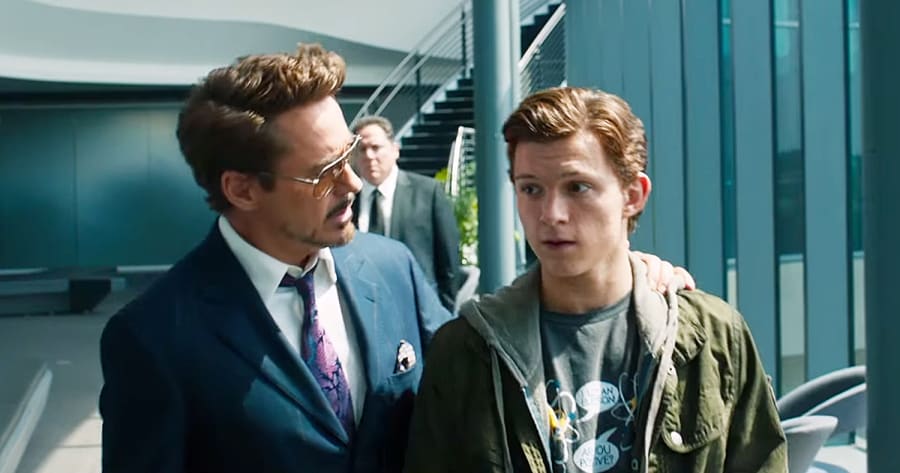 Hopefully Underoos has stopped feeling funny, ’cause it’s time to go back to work!

Tom Holland already revealed that the sequel to “Spider-Man: Homecoming” is called “Spider-Man: Far From Home.” It starts filming in July for its release next July.

It is now officially July (huzzah!), and it looks like the Spidey sequel is now filming over in the United Kingdom — in keeping with the whole “Far From Home” concept. (Marvel boss Kevin Feige said the movie would take Peter Parker to Europe with friends over summer break.)

On Monday, a fan spotted Tom Holland in what was reportedly Bishop’s Stortford, England:

Casually starting off the week by watching Tom Holland walk onto set where they’re filming the new Spider-Man movie, just around the corner from where I live. pic.twitter.com/folz0ooCMi

It’s just an abandoned building! They’re going to be filming inside.

If you somehow didn’t watch “Avengers: Infinity War,” then it’s not confusing or a spoiler to see Peter Parker out and about. But for the rest of us, we’re curious to see how this can happen — and happen AFTER “both “Avengers 3” and “Avengers 4,” as we’ve been told it does.

Marvel has yet to officially announce the start of filming, but at least Feige confirmed the title, and the early July start date, and that filming will take place in the London area.

So fans across the pond should keep an eye out for more “Spider-Man” cast members, including Jake Gyllenhaal, who is meant to play the sequel’s villain, Mysterio.