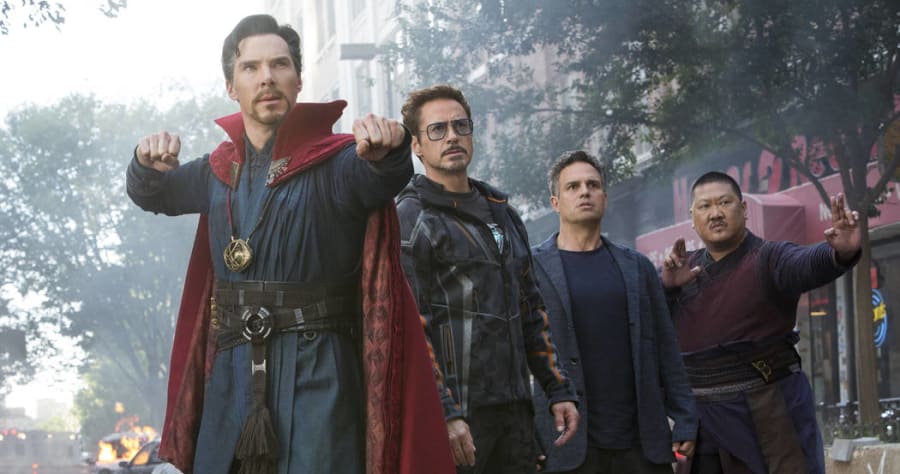 The “Avengers 4” title is going to be released toward the end of this year, after we get a “Captain Marvel” teaser. Marvel Studios boss Kevin Feige already said that. He also shot down the rumor that the film was titled “Avengers: Infinity Gauntlet.”

But what about “Avengers: End Game”?

Omega Underground tracked down a credits page for cinematographer Trent Opaloch. He’s been with the Marvel Cinematic Universe for a while, as cinematographer on “Captain America: The Winter Soldier,” “Captain America: Civil War,” “Avengers: Infinity War,” and … on IMDb his most recent movie is listed as “Untitled Avengers Movie,” but on his website it’s “Avengers: End Game.” 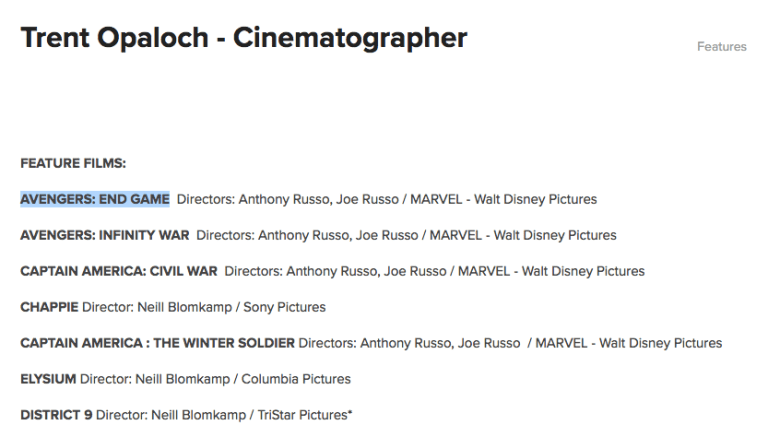 So does that mean we’re in Doctor Strange’s “End Game” now, as teased in “Avengers: Infinity War“? That might make sense, but it would also contradict something co-directors the Russo Brothers told Uproxx back in May.

Here’s that section of their Q&A:

Is the title of the fourth Avengers ever spoken in Infinity War?

Okay, because people have been looking for clues in the dialogue.

Anthony Russo: It’s certainly grounded in the narrative that we have been following throughout the MCU – very well grounded…

So if you believe that “No,” it can’t be “End Game” because Doctor Strange mentioned that when talking about the 14 million possible outcomes when it came to defeating Thanos. There was only one where the Avengers won. As he says, “We’re in the end game now.”

Since it’ll be a few months before the title is confirmed, fans are speculating. It’s not the biggest deal in the world to know the title now, but “End Game” would fit nicely with this “Avengers 4” synopsis:

“A culmination of 22 interconnected films the fourth installment of the Avengers saga will draw audiences to witness the turning point of this epic journey. Our beloved heroes will truly understand how fragile this reality is and the sacrifices that must be made to uphold it.”

“Avengers 4” opens in theaters May 3, 2019, two months after “Captain Marvel.” Look for *official* news on both toward the end of this year. Best we got right now.